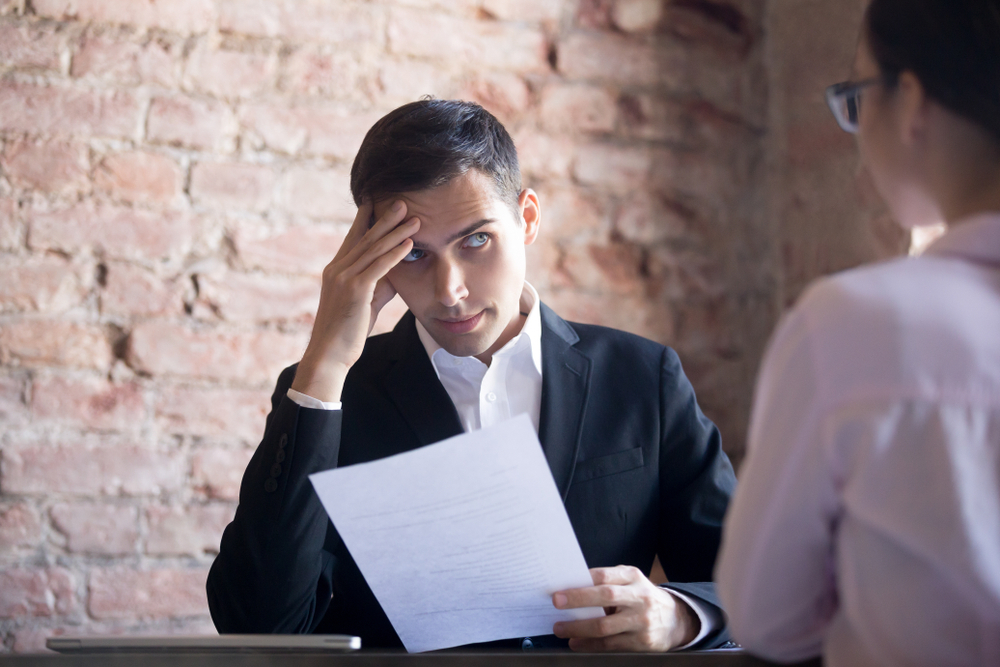 Job interviews Preparation can be nerve-wrecking! You don’t know exactly what they’re looking for in a candidate or what red flags they’re trying to avoid. Saying one wrong thing could easily destroy this opportunity – there’s no script to make this process any easier but there are a few absolute No-No’s to avoid that will help improve your chance at getting past the gut-wrenching interview.

Never talk bad about your previous/current employer – hiring managers might assume you were the bad egg and nobody wants to hire a troublemaker. Instead, you should keep the conversation positive because you don’t want them to focus on the problems. For example, explain that your previous job was a great opportunity but you are now pursuing a position that will benefit from your capabilities. The reason they called you in for the interview is that they need someone who will contribute towards being a part of the solution. Keep the conversations light and positive!

Do not say, “I’ll do anything!” You don’t want to seem too desperate no matter what your financial situation is! Employers know desperate workers don’t last long, eventually, they realize it does not really want they want to do and end up quitting which is a waste of time & money for them. Your goal should always be a job you TRULY want – show your value by setting standards of what you expect and what you can provide to meet their needs. They will be more attracted to a person that can deliver instead of someone who just needs the money.

Remove “I don’t know” from your vocabulary in an interview – instead mention something that you’ve done that closely relates to what they’re looking for. The point is to show them you have an idea of the process and you’re eager to learn new systems or procedures.

Don’t ask, “What does your company do?” This could critically ruin your chance at getting the job because it shows you didn’t do any research on the company, job position or their services. You should have a general understanding of what they do and the job duties – your main goal is to show the hiring manager that you’re more than capable and prepared to meet their needs. It’s okay to ask questions but the key is asking the “right” questions – try to gain insight on what their expectations are for this position and fit yourself in that picture. Also, questions to gain additional information on the company to add to what you already know from your research are nice because it shows you’re interested in what they do.